What leaders can learn from the “Deadliest Catch” 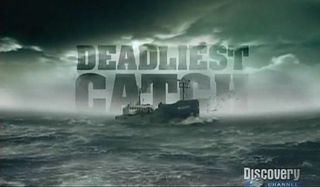 I have been watching a reality show lately titled “The Deadliest Catch.” Now, I am not a big TV watcher; there really isn’t much that appeals to me. But this show is different. For some reason I am glued to it. Maybe it’s the risk these fishermen take with below 0 temperatures, 70 foot waves, little sleep and lots of equipment that can take your head off – literally. Or maybe it’s just simply the sport of fishing. But I think it is most likely the lessons in teamwork.

The Deadliest Catch is on the Discovery Channel and airs at 9 PM on Tuesday nights; though you can catch re-runs a good part of the week. It revolves around the dangerous job of fishing for crab in the Bering Sea. There are a number ship crews that are showcased during the reality show.

Each crew has two main goals and they are 1) to get as many crabs as they can before they have to head back to shore and 2) to return to shore safely. Catching crab requires they bait 800 pound pots (the cages they catch the crab in) and drop about 150 of them at a time. Then they turn around after a period of time and pick up each pot and sort out the crab. The crew members do this with very little sleep, sometimes working 20 – 40+ hours straight. The more crab the crew get, the more money they make. The money is split with the biggest portion usually going to the boats captain and the rest being distributed to various crew members based on their job positions and seniority.

Teamwork is critical on every fishing adventure. Each crew member depends on the others to help keep them safe and make as much money as possible. So what is it that leaders can learn about teamwork from these crews? I would suggest to you two simple things leaders can do now.

1)     Create a focused goal that everyone is clear on. Many times organizations try to set too many goals. The more focused an organization is on a goal; the clearer everyone is on how to achieve it and the greater chance that organization has of reaching it. On the crab boats there are two goals as I mentioned. 1) Get back safely and 2) Make as much money as possible. Of course there are tasks the crews must be good at in order to attain these goals, but the goals in this case are simple and consistent each journey they take.

2)     Reward the team, departments or organization – not individuals. When everyone depends on everyone else for the reward, they are more likely to hold each other accountable when a behavior is not acceptable. On these crab ships laziness is not tolerated because they depend on each other to make money. When teams are rewarded, peer pressure increases and as a result so does productivity. Team members become more fearful of letting the team down, than the leader. There is very little managing the manager has to do when teams are holding each other accountable. The manager then has more time for leadership.

Crab fishing may not be the most glorious of jobs, and it certainly isn’t the safest, but the teamwork is amazing. For those of you who have seen this show, what else could we learn about teamwork from it?