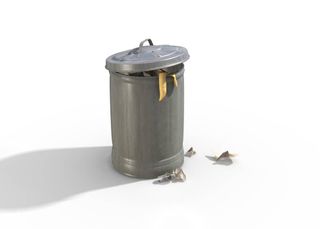 The other day I was talking to a friend of mine, an executive at a fairly large company. We were discussing (and whining a little bit) about all of the problems we both have to solve on a daily basis as leaders in our different organizations. I asked him something I had thought from time to time, “don’t you wish you were the garbage man sometimes?” Now, I wasn’t bagging (no pun intended) on garbage men by any means, I know they really do bless our lives, their work is important and many of them are perfectly happy and love what they do. But my point was this, wouldn’t it be great to have a job that you worked 9 – 5, collected your pay check and went home, leaving the garbage (again, no pun intended) behind?

I mean I literally sometimes envy the man in the big maroon truck that comes down my street every Friday morning with his attached mechanical arm picking up garbage cans. Certainly, on occasion he has his stress, like waiting patiently while a father and son frantically get their trash out right when he pulls up, putting him behind schedule a little. Or the car or two parked in a place that make it difficult for him to get to the trash can. But for the most part his job appears to be fairly simple and hassle free. Maybe even stress free.

Being the one in charge is difficult and sometime even lonely. However, I really never mean it. I love what I do. To see a strategy come to fruition, a goal met, people develop, teams succeed, people really loving what they do; those are the reasons we chose to be leaders and not garbage men or women.

And as they say, the grass isn’t really all that much greener on the other side any way. But there are times…

What makes you sometimes wish you weren’t the one in charge? Please comment below. I am interested in hearing what you have to say.

Previous post: How can leaders give when they are personally running on empty?