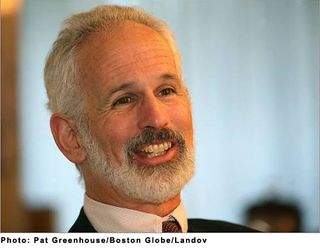 I love stories about leaders who care. President and CEO of Beth Deaconess Medical Center, Paul Levy is one of those leaders. He doesn’t just say he cares, but shows it. Faced with the prospect of laying off 600 employees, he just couldn’t bring himself to do it. This is a leader who truly understands that the “C” and “E” in CEO should stand for caring and empathy. He saw these 600 employees as people with families. Many of them were lower wage workers who if given a “pink slip” would only be a paycheck or two from losing their homes.

So, instead of taking the easy way out with layoffs, Paul Levy went to the employees themselves to work on a solution. He held a town meeting in which he explained the situation: "I want to run an idea by you that I think is important, and I'd like to get your reaction to it," Levy said. "I'd like to do what we can to protect the lower-wage earners – the transporters, the housekeepers, the food service people. A lot of these people work really hard, and I don't want to put an additional burden on them.”

"Now, if we protect these workers, it means the rest of us will have to make a bigger sacrifice," he continued. "It means that others will have to give up more of their salary or benefits."

Levy received a rousing and emotional ovation from those in attendance. He followed up after the town meeting and used e-mail and social media to solicit ideas, including Facebook. He received 2,700 suggestions in all.

70 people were eventually laid off, but as an organization they were able to save 530 jobs! Leaders like Levy are inspirational. This type of approach is refreshing. I guarantee when Paul Levy says something people listen and they listen with great respect and adoration for a leader they know truly cares about them.

Do you have any stories like this one you could share? What are the long term benefits of caring and empathetic leaders?

Read a similar article I posted back in October “Help for Caring Leaders of Companies Laying off Employees – Maybe?” Click here to access.

Next post: One of the most inspirational Teacher/Leadership stories ever told

Previous post: Bad Leadership – Can you come up with a caption for this series of funny leadership photos?