Is bringing in a new team member an opportunity for new ideas or new conflict? 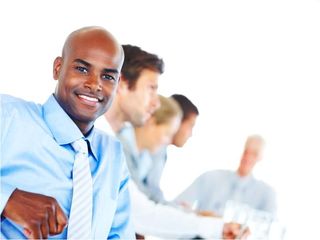 I believe the answer is yes, both, but it doesn’t need to be. Teams traditionally go through four stages of development; forming, storming, norming and performing (Tuckman, 1965). Most new teams spend the majority of their time in the first two stages; forming and storming (getting to know each other and engaging in conflict). Most of a team’s time in these two stages is “unproductive time.” However, teams must have ample time to push through these two stages. If they don’t take the time necessary to push through these two stages the result will be inefficiencies in team performance later on. The number one reason inefficiencies on teams occur is due to a lack of trust among team members, which in turn results in unhealthy conflict, passive participation, defensiveness etc…, which are damaging behaviors to teams.

When a new team member is introduced to an existing team, the process normally begins again. Team members will reluctantly, if at all, accept a new member to their team until he or she has proven they belong there and the first two stages (forming and storming) have adequately been worked through. Leaders can do some things to speed this process up and help acclimate the new member to the team.

1.    Orientate the new member to the team history and goals. Explain to him or her the history of the development of the team. Talk about the challenges as well as the successes. Giving the new member this history prevents him or her from engaging in conflict that has already been resolved and helps the new member understand how he or she can contribute to the future success of the team.

2.    Review norms the team has agreed to. One of the challenges of being new to a team is understanding what lines can be crossed. Often times no line is crossed (passive) or too many lines (active) are crossed by new team members. Eventually the new member learns, but in the meantime it can cause unhealthy conflict or lack of productivity as he or she works through the forming and storming stages of team development. Each strong team should have a set of norms or rules of engagement/behavior around such things as conflict and communication. Reviewing these norms and committing the new team member to them will go a long ways in helping him or her jump past these two time consuming stages in team development.


The goal is to get new team members acclimated to the team, trusted by the team and productive, as quickly as possible.

Next post: What to do at the end of a team project or goal…