U.S. Hockey Teamwork – Is chemistry really more important than talent on a team?

Is chemistry really more important than talent on a team? The answer as far as I am 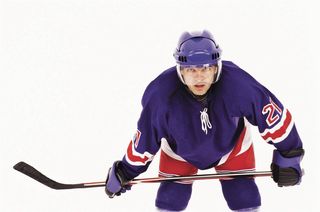 concerned is a resounding yes! There is no "dream team" without talent of course. But take away the ability to create chemistry, and it won't matter if you have the very best talent in the land, the only dreaming you will be doing is about what could have been.

You would think that any team with impeccable talent would get perfect results. But there have been a number of loaded teams that refute such a thought. The U.S. 2006 World Baseball Classic team put together some of the best players to play the game including Roger Clemens, Derek Jeter and Alex Rodriguez, but couldn't beat Canada, Mexico or South Korea and failed to qualify for the semifinals with a sixth place finish. The 2004 U.S. Olympic basketball team, with arguably the best individual talent of any team in the 2004 Olympics, consisting of a number of NBA stars, finished third. There have been other "dream teams" in business, movies, music etc… that have also not lived up to expectations.

Then there is the "Miracle on Ice" U.S hockey team of 1980. And how about this winter's olympic U.S. hockey team who have already won three games including Sunday's huge victory over talent loaded Canada; on Canadian ice? It is interesting to note that both teams chose players based on chemistry, not talent alone. Both teams opted for team players more than talent.

How do you find players on your team that fit? What are some of the techniques you use to get the right type of team players? We can all learn from you. Please comment below. Thanks.

Previous post: Bad Management – Can you come up with a caption for this funny photo?