I was in the office of a manger of a fairly large company not too long ago. In this office the manager proudly 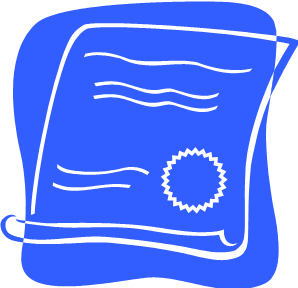 displayed the certificates of achievement his department’s employees had earned. He was a senior leader and very proud of the things employees had accomplished even two or three levels down the hierarchy. I was impressed that he cared enough to proudly display them.

What kind of statement do you think this made to the employees? Well, the proof of that was in what his department had done. He was certainly the leader I believed he was. He learned how to make people feel valued.

People want to feel valued. Most of the research on satisfaction at work shows that feeling valued is more important than things like money, an office and even promotions. Here are three things you can do now to start helping employees feel valued:

1.    Sticky note appreciation. Write a quick sticky note of specific appreciation and place it on an employees computer monitor when they go home. It is a nice surprise in the morning.

2.    Transfer marbles. I once heard of a CEO that would place five marbles in his right pocket at the beginning of each day. Each time he complimented someone, he would transfer a marble to his left pocket. The goal was that at the end of the day he would have transferred all the marbles. Eventually he didn’t need the marbles, it became a life long habit.

3.    Send foosball tables. I kid you not, I once had a boss that sent me a foosball table. He knew I enjoyed playing and this was a token of his appreciation for me. However, it wasn't the cost of the gift that helped me feel appreciated and valued, it was the thought that he would go through the trouble to send something like that to me.

What have you done or seen done that helped employees feel valued?

Next post: Leaders can learn to be positive from this little girl… Video

Previous post: 30 or More Days to Get the Right People on the Team? Great tip.