I love parades – what does it have to do with leader incentives and rewards?

I love parades, especially in the small town I live in. It is fun and you can get lots of free 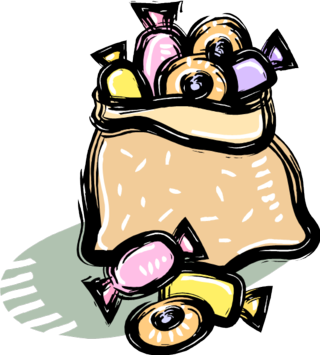 candy at our parades. All you have to do is wave like crazy and yell. The more excited you are the more candy you get from each of the floats. It is like Halloween in July!

It is especially fun to observe people's behavior at parades. The first few floats are greeted with great anticipation. Parents yelling and encouraging their kids to be as greedy as they can be, while handfuls of candy are strewn across the parade route. I'm not kidding, it is kind of comical what people do for free stuff – including me.

Any way, you can always count on the cheapest candy being thrown from most of the floats. But that doesn't make a difference. Cheap or expensive candy it doesn't matter, it is all good the first five minutes. But once you start seeing the same inexpensive taffy types of candy being thrown by say… every second float, people ignore it. In fact, when the parade was finished, the same taffy type of candy that turned people into barbarians at the beginning of the parade was now scattered all over the ground untouched and still in its wrapper.

Why the difference? What can leaders learn from this? Here is a tip for wise leaders when considering rewards and incentives for staff.

In regards to the first point, just like the taffy type candy in the parade, initially it was exciting and new, but it was quickly shunned because of the frequency in which it was provided and the little effort it required to get it. The new kind of candies became the ones people were more motivated and willing to risk limb and life on. They were new and harder to get.

To the second point, everyone has different tastes when it comes to rewards and incentives. Some will want the money, some want team lunches, others like gift certificates, and others just want time off. Find out what your employees or those you lead like. It is as simple as sending out an email and asking them how they like to be rewarded and incentivized. I guarantee if in the parade blow pop suckers were being thrown every once in a while I would have continued with my same level of excitement I had initially. They are my favorite.

What other things should leaders beware of when rewarding and incentivizing those they lead? What has your experience showed?

Next post: Can you relate to this type of Teamwork? Funny Teamwork Video