What kind of workplace have you created as a leader? Workplace stress is a real problem in 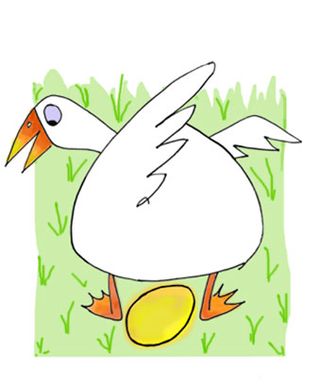 many jobs today. People these days are being asked to do more with less, are feeling a lack of appreciation, are struggling with stresses outside of the workplace and the message often times is "just be happy you have a job." If you or a leader you know is causing such workplace stress this old Aesop fable might help you or someone you know change their ways.

One day a countryman going to the nest of his goose found there an egg all yellow and glittering. When he took it up it was as heavy as lead, and he was going to throw it away, because he thought a trick had been played upon him. But he took it home on second thoughts, and soon found to his delight that it was an egg of pure gold. Every morning the same thing occurred, and he soon became rich by selling his eggs. As he grew rich he grew greedy; and thinking to get at once all the gold the goose could give, he killed it and opened it only to find — nothing.

Leadership is about inspiring others and getting more from them than they realized they had to give. When leaders resort to angrily demanding productivity as opposed to influencing it they are bound to get only a fraction of what they ultimately could get. And at some point the goose who was laying the golden eggs will fly to another barn. So if you are one of those leaders who believes people ought to just be happy to have a job these days, prepare for your flock to fly when things get better.

Follow Teamwork Leadership and Mike on these other Social Media Sites

Next post: If a Leader Tears Up or Cries Is He or She More Effective?

Previous post: Is procrastination always a bad thing for leaders? 3 reasons why you should procrastinate.