Inspirational Teamwork Story – Something to think about… 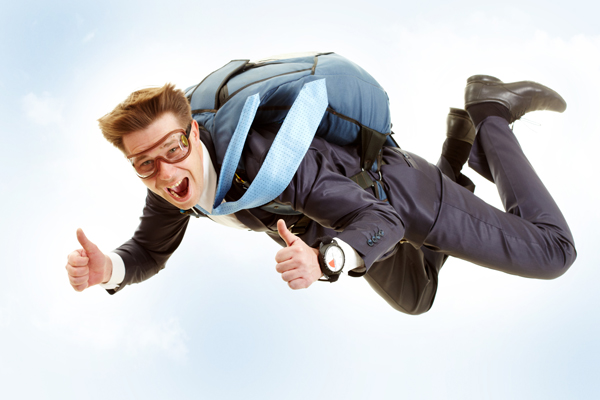 In the daily grind of life we sometimes fail in being grateful and recognizing all of the good that is done on our behalf. Here is an inspirational teamwork story I heard the other day that demonstrates that there are many working on a team that we often times fail to recognize for their good  work.

This teamwork story is about a US Naval Academy graduate and jet fighter pilot in Vietnam by the name of Charles Plumb. He had completed 75 combat missions when he was shot down. Plumb was ejected and parachuted into enemy hands afterwards spending six years in a Vietnamese prison. Fortunately he survived and today lectures on the many lessons he learned.

One day while eating at a restaurant with his wife a man came up and said, “Your Plumb! You flew jet fighters in Vietnam from the aircraft carrier Kitty Hawk. You were shot down!”

“How in the world did you know that?” asked Plumb. “I packed your parachute,” the man replied. Charles Plumb in surprise and gratitude had to catch his breath.

The man then shook his hand and said, “I guess it worked!” Plumb assured him it had and said, “if your chute hadn’t worked, I wouldn’t be here today.”

That night Plumb could not sleep. He said, “I kept pondering what he might have looked like in a Navy uniform – a Dixie cup hat, a bib in the back, and bell bottom trousers. I wonder how many times I might have seen him and not even said good morning, how are you or anything because, you see, I was a fighter pilot and he was just a sailor.”

Plumb thought a lot about that man who had packed his parachute and the hours he spent at a wooden table at the bottom of the ship carefully packing his and others chutes. He held in his hands the chute; the fate of someone he did not even know.

Charles Plumb is now a motivational speaker telling this story to hundreds. He always ask his audiences after telling it, “Who’s packing your parachute?”

In our life many people have a hand in our parachutes. Are we taking the time to acknowledge them, thank them, reward them? It is very easy to overlook the work of many. When an athletic team has won a championship do you ever hear them thank the trainer, the cook, the bus driver? Do they take the time to reward them too? It takes a lot of people to create a championship team.

Who on your team works on your parachute? We would love to hear what you think, please comment below.

If you liked this inspirational teamwork story, can you do us a favor. Please share by liking us, tweeting us, or whatever us below : ) We are so grateful to each of you that read our blog and keep us going! Thanks!

Here is a link to Captain J. Charles Plumb’s Web site if you would like to schedule him as a speaker or purchase one of his products. http://www.charlieplumb.com/

Previous post: Understand What You Want! Critical Tip for Leaders and Life