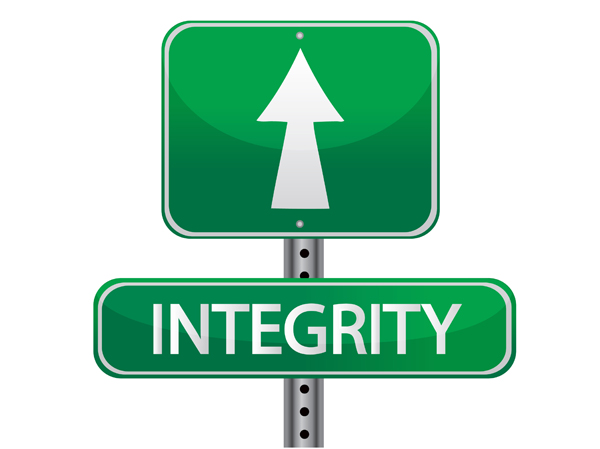 There are many important attributes of great leaders; integrity is at the top of the list. Here  are two leadership and integrity stories that you might want to share with your teams. Both stories have something very interesting in common.

A number of years ago Al Capone owned virtually all of Chicago. He wasn’t famous for anything heroic, instead he was known for leading an organized group in illegal bootlegging, prostitution and murder.

Capone had a lawyer nicknamed “Easy Eddie.” He was his lawyer because he was very good. Eddie’s skills had kept Al Capone out of prison for a long time.

Capone showed his appreciation for Easy Eddie by showering him with every luxury in life that could be enjoyed, including a gated mansion with servants. The estate he lived in was so big it filled an entire Chicago city block.

Eddie lived the high life and gave little thought to the evils that went on around him. But he had one soft spot in his heart. He had a son he loved completely, and he ensured he had everything in life to help him get ahead.

Despite Eddie’s involvement in organized crime, he tried to teach his son right from wrong. He wanted his son to be a better man than he was. Yet with all of his wealth and influence there were two things Eddie could not pass on to his son – his good name and example.

It was later that Easy Eddie decided to try to right all his wrongs. He went to law enforcement and told the truth about Al Capone in hopes that it would clean up his tarnished name and offer some semblance of integrity to his son. In order to do this he knew he would have to testify against Al “Scarface” Capone and the mob and that it would most likely cost him dearly.

He testified and within a year Easy Eddie’s life ended in an enormous blaze of gunfire on a lonely Chicago street. In his eyes he had given the greatest gift he could to his son.

Police pulled from his pocket a rosary, a crucifix, a religious medallion and poem he had clipped from a magazine. The poem read:

The clock of life is wound but once,
And no man has the power
To tell just when the hands will stop
At late or early hour.
Now is the only time you own.
Live, love, toil with a will.
Place no faith in time.
For the clock may soon be still.

World War II had created many heroes. One such hero was Lieutenant Butch O’Hare, a fighter pilot. One day his entire squadron was sent on a mission. After being airborne, he looked down at his fuel gauge and to his surprise realized that someone had forgotten to top off his fuel tank! As a result he would not have enough to complete his mission and get back to the ship. He was told by his commander to return to the ship immediately. He did so reluctantly and dropped out of formation. As he was returning he saw something that turned his blood cold; a Japanese squadron was speeding towards the American fleet. With the American fleet gone on a sortie the ship was defenseless. He had no time to bring back his squadron and he had no way of warning the fleet of approaching danger.

There was only one thing he could do and that was to divert them from the fleet. Not taking into account his own personal safety he dove into the formation of Japanese planes with his wing mounted guns blazing as he surprised one enemy plane after another. When his ammunition ran out he dove at enemy planes with the hope of clipping a wing and sending them in a downward spiral. Finally, the surprised and frustrated Japanese squadron took off in another direction.

Butch O’Hare and his battled fighter limped back to the carrier. Once he landed he told of his adventure. The film from the gun-camera mounted on this plane told the entire tale and showed the extent of Butch’s heroism. He had destroyed five enemy aircraft. Because of his actions he became the Navy’s first Ace of World War II and the first Naval Aviator to win the Congressional Medal of Honor. A year later at age 29 Butch was killed in aerial combat.

His hometown would not allow his memory to fade and today the O’Hare Airport in Chicago is named after his bravery.

So what do these two stories have in common?

What else do these stories have in common? What makes it difficult to have integrity in leadership? We would love to hear what you think by commenting below.