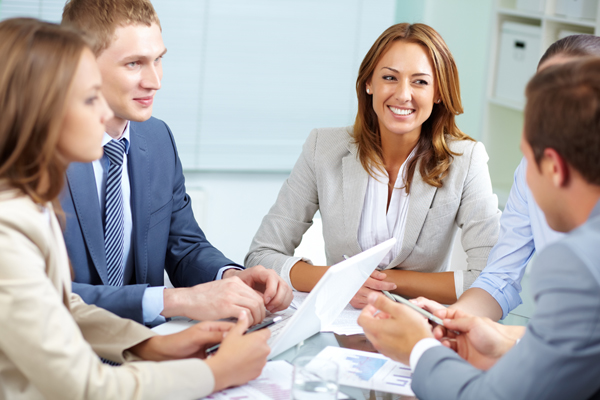 Team Tips for Bringing in a New Member to the Team

It can be difficult for a functioning or dysfunctioning team to bring in a new team member.

There is a period of adjustment that has to occur for both the team and the new member to the team. Teams traditionally go through four stages of team development; forming, storming, norming and performing (Tuckman, 1965).

Most new teams spend a big portion of their time in the first two stages of forming and storming. It is during these two stages that a teams time is not very productive. But teams must have ample time to push through these stages.

Not taking the time to push through these two stages can result in a number of team dysfunctions such as a lack of trust, personal conflict, passive participation, defensiveness etc…

When a new member is introduced to an existing team, the process normally begins again. Existing team members will usually be weary of the new team member(s) until he has proven that he belongs. That requires movement through the forming and storming stages.

Leaders can do a few things to speed the process up. Here are three ideas.

1. Orientate the new team member. Make sure she understands the team history and goals. Discuss the challenges as well as the successes the team has had.

Explaining the history and goals prevents the new team member from engaging in retired conflict; conflict that has been discussed at length and resolved. It also provides the new member an opportunity to understand how he or she can contribute to the success of the team in the future.

2. Review the team norms. Whether the team has formal or informal rules in the way they engage as a team, the new team member needs to be aware of them.

One of the challenges of being new on a team is understanding what lines can be crossed. Often times no line is crossed (passive) or too many of the wrong lines are crossed (active) by new team members.

Understanding the norms and boundaries, puts both the team and the new member at an advantage. It can go a long ways in helping the team and new team member(s) jump past the time-consuming stages of forming and storming.

You have an opportunity to immediately help him gain credibility on the team and build trust. Explain to the team specifically what this new member brings to the team. Discuss his history, talents and skills.

The goal is to get the new team member quickly acclimated, trusted by the team and productive.

What has been your experience with bringing new members to an existing team? What have been your challenges and/or successes?

Does a Perfect Team Consists of Perfect People? Great Story

Next post: Should You Manage Your Boss? 3 Reasons this is smart!