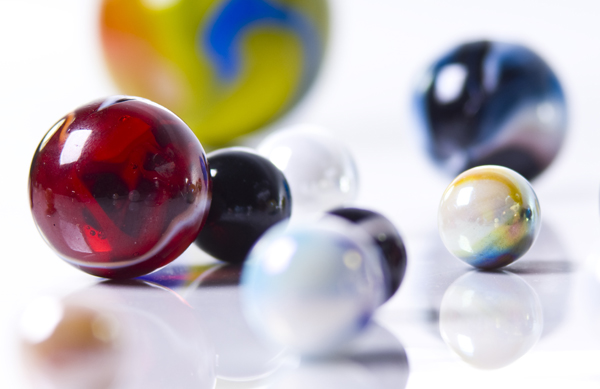 I love stories that demonstrate personal leadership. The influence of good men and women have shaped the character and hearts of millions. Many of these personal leaders have lived humble and relatively unknown lives.

It is difficult to measure the total impact we can have on others lives! Each of us has the power to be personal leaders in our own way.

I heard this beautiful, yet simple personal leadership story the other day and would like to share it.

The story is told of a man whom the store owner, Mr. Miller, was bagging some potatoes for. This man noticed a small boy who he described as “hungrily apprising a basket of freshly picked green peas.” He said he was, “delicate to the bone and feature, ragged but clean.”

The man was looking over some of the new fresh produce on his way out when he overheard the conversation between Mr. Miller and the ragged boy.

“Hello Barry, how are you today?” The hungry boy replied “H’lo Mr. Miller, Fine, thank ya. Jus’ admirin’ them peas… sure look good.”

Each time the little boy would come to the store the conversation would have a similar tone. He would ask him how he was doing and how his mom was. She was sick, and they just didn’t have much at home and this hungry young boys attention was always on the fresh produce.

Mr. Miller would always ask if Barry would like to take some home. Barry would reply “No, Sir. Got nuthin’ to pay for ’em with.”

And Mr. Miller would say, “Well, what have you to trade me for some of those peas?” Barry would say, “All I got’s my prize marble here.”

“Is that right? Let me see it.” Mr. Miller would take a careful look at it and compliment the boy on his prized marble. “Hmmmmm,” Mr Miller would say, “only thing is this one is blue, and I sort of go for red. Do you have a red one at home?” The little boy would say “not exactly,” but he had one sort of like it.

Mr. Miller would then send the boy home with the marble and peas and asked him to bring the red marble back when he found it.

Mrs. Miller, the store owners wife came back to help the man looking at the produce with an ear turned towards the conversation of the store owner and this little boy. With a smile she said, “There are two other boys like him in our community. All three are very poor. Jim (Mr. Miller) just loves to bargain with them for peas, apples, tomatoes, or whatever. When they come back with red marbles he decides he doesn’t like red marbles and sends them back with a bag of produce searching for another color.

Years later Mr. Miller had passed away. The man who had witnessed his kind acts happened to be in town the night of his viewing. The friends he was visiting wanted to attend and this man decided to join them.

As they arrived and waited in line, offering condolences to the family of this generous man, ahead of them in line were three finely dressed men. One was in an Army uniform and the other two in nice dark suites with white shirts. All were very professional looking.

The three young men approached Mrs. Miller, standing composed and smiling by her husband’s casket. Each of the young men hugged her and then kissed her on the cheek. They spoke briefly with her and moved on to the casket. Her light blue misty eyes followed them one by one, as each young man stopped briefly and placed his own warm hand over the cold pale hand in the casket. Each left the mortuary wiping his eyes in recognizable sorrow.

The man’s turn came to meet Mrs. Miller. He reminded her of the story she told him so long ago about her husband’s generous bargaining with the marbles. With her eyes glistening, she took the man’s hand and led him to the casket. “Those three young men who just left were the boys I told you about,” she said. They just told me how they appreciated the things Jim ‘traded’ them. Now, at last, when Jim could not change his mind about color or size… they came to pay their debt.”

Mrs. Miller said: “We’ve never had a great deal of the wealth of this world, but right now, Jim would consider himself the richest man in Idaho.”

With loving gentleness, the story is told, she lifted the lifeless fingers of her deceased husband.

“Good. Anything I can help you with?”

“Well, what have you to trade me for some of those peas?”

“All I got’s my prize marble here.”

“I can see that. Hmmmmm, only thing is this one is blue and I sort  of go for red. Do you have a red one like this at home?”
“Not zackley … but almost.”

“Tell you what. Take this sack of peas home with you and next trip this way let me look at that red marble.”

“Sure will. Thanks Mr. Miller.”