Do What You Say You Will Do! Important Leadership Story 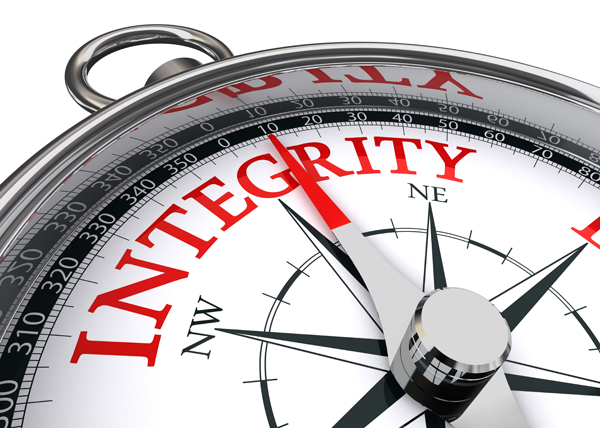 Leadership Story – To do what you say you will is fundamental to integrity.

Have you ever had a leader who said they would do one thing, but did another? How did you feel about that leader? Did he lose some credibility and trust in your eyes?

To do what you say you will do is fundamental to your integrity as a leader. But how often do you see leaders do the opposite?

I love the following leadership story of Abraham Lincoln, who became the sixteenth president of the United States.

He was once traveling in a stage-coach with a military man, a colonel, from the state of Kentucky. After riding a number of miles together, the colonel took a bottle of whiskey out of his pocket, and said, “Mr. Lincoln, won’t you take a drink with me?”

Mr. Lincoln replied, “No, Colonel, thank you, I never drink whiskey.” They rode together many more miles and had a very nice visit. The gentleman from Kentucky reached into his pocket and brought out some cigars. He said, “Now, Mr. Lincoln, if you won’t take a drink with me, won’t you take a smoke with me? …”

Mr. Lincoln replied, “Now Colonel, you are such a fine, agreeable man to travel with, maybe I ought to take a smoke with you. But before I do so, let me tell you a little story—an experience I had when a small boy.” This was the story:

“My mother called me to her bed one day when I was about nine years old. She was sick, very sick, and she said to me, ‘Abey, the doctor tells me I am not going to get well. I want you to promise me before I go that you will never use whiskey or tobacco as long as you live.’ And I promised my mother I never would. And up to this hour, Colonel, I have kept that promise. Now would you advise me to break that promise to my dear mother, and take a smoke with you?” …

The Colonel replied, “No, Mr. Lincoln, I wouldn’t have you do it for the world. It was one of the best promises you ever made. And I would give a thousand dollars today if I had made my mother a promise like that, and kept it as you have done”

Whether a leader in business, at home, as a coach or anywhere else, it is critical to do what you say you will do.

Can you imagine the skepticism of a business team when their leader continues to promise things that she never keeps?

Can you imagine the disappointment caused, diminishing trust lost and hopes dashed by a parent who doesn’t do what they promised their children they would do?

Can you imagine the trust lost by a team when a coach says one thing, but does something different if it affects his or her star player?

Most importantly, can you imagine the waning belief and confidence in yourself if you aren’t doing what you say you will do? Abraham Lincoln understood this.

Great men and women of character and integrity do what they say they will do, regardless of how difficult it might be. Your integrity as a leader depends on it!

Please help spread the word about our blog with the World and “Like Us,” “Share Us,” “EMail Us,” “LinkedIn US,” “Tweet Us,” “Google+ Us” or anything Us below! Thanks friends!

Next post: What is Our Purpose? Do you know? 3 Questions