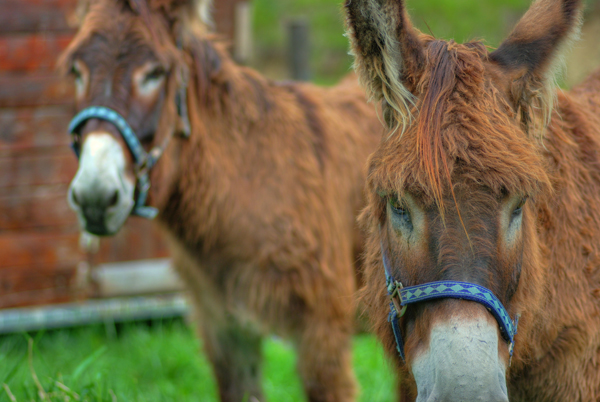 Ego is one of the greatest killers of effective teamwork. When someone has ulterior motives, tries to collect all of the credit and is in general more concerned about themselves than the team – it is poisonous.

I found the following teamwork story that illustrates this point. If you are struggling with ego on your team and the inability for people to effectively work together, you might consider sharing it.

Once there was a Washer-man (a man who washes others clothes for hire) who was raising two donkeys. One he called Donkey-A and the other Donkey-B.

Donkey-A felt he was more energetic and could do better than the other donkey. He always tried to get the Washer-man’s attention by taking more of the load and walking as fast as he could in front of him.

Donkey-B was just a normal donkey. He tried as hard as he could, but he couldn’t carry as much as Donkey-A or impress the Washer-man by walking in front of him.

After a period of time the Washer-man began to put pressure on Donkey-B. But Donkey-B couldn’t meet his expectations. Eventually Donkey-B started getting punished.

One day Donkey-B was crying and asking Donkey-A to help. He said, “Dear friend, it is only the two of us. Why do we compete against each other? If we worked together we could carry an equal load at a normal speed.”

Donkey-A became even more competitive after that. The next day he boasted to the Washer-man that he could carry more and run faster than Donkey-B, and he did.

The Washer-man, as expected, became even angrier and demanded Donkey-B to go even faster punishing him more when he couldn’t! Under the pressure Donkey-B collapsed in great fatigue and quietly passed away.

As a result of the collapse, Donkey-A felt like he was on top of the world, having proved his superior skills and abilities. But now he also had to carry Donkey-B’s load.

For a short time Donkey-A was able to carry both loads, but he eventually became fatigued and weak. The Washer-man had no compassion on this once superior, but now tired donkey. He yelled and demanded more, but as hard as this donkey tried, he couldn’t come close to satisfying his demands.

Finally the day came when the Washer-man was tired of this fatigued and no good donkey. He killed him and went searching for some other donkeys.

The moral of this story is to recognize that regardless of how strong you might think you are, you can’t do it alone. It is important to work together.

Worrying more about your own performance, taking all the credit and trying to do more than you are capable of doing eventually comes back and bites you one way or another. Be a team player!

In addition leaders must recognize that giving all of the work to the superstar(s) eventually burns them out and creates low morale amongst the team. Donkey-B may not have been the strongest and the fastest, but he was consistent.

While every leader wants a team full of superstars, it doesn’t work that way. There are only so many superstars per team. Treat your “Steady Eddie’s” well and your superstars fair and the result will be a balanced and high performing team.

What other lessons can you draw from this story? I would personally love to hear them in the comments below. Thanks friends!

If you enjoyed this story and would like to share it with your team, colleagues or anyone else, please “Share” it, “Tweet” it, “LinkedIn” it, “Email” it, “Google Plus” it, or “Like” it, by using one of the buttons below. Thanks friends!

Next post: How do you motivate employees? It isn’t with money!