Going with a Gut Feeling! Have You Ever Hired This Way? Story 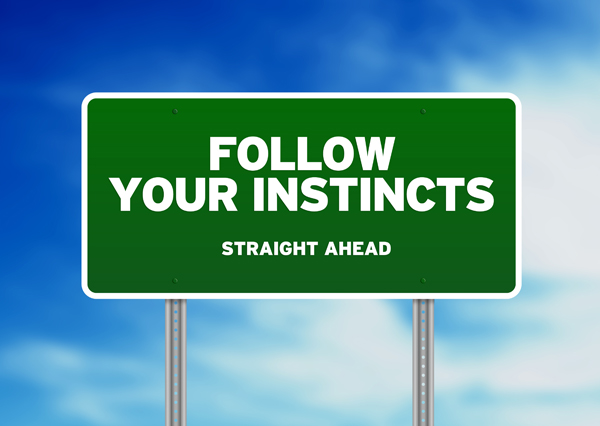 Have You Ever Gone With a Gut Feeling?

As I have shared previously, I used to manage an Information Technology service desk (~60 agents) at a Fortune 50 energy company.

At this company one of my agent’s took a position in another group leaving with me an opening to fill.

Automatically, I kicked the normal procedure into gear requesting resumes and conducting interviews. At the end of the day, there were two that qualified for the position. I could have offered the position to any one of them and been done.

However, I received a phone call from a person who was living out-of-state and was currently employed at a big city police department. He was asking for a job.

I had actually known “Ted” as a young (~18 years old) Little League umpire. He was always so calm, cool, collected and kind with the kids despite the sometimes naughty reactions of parents to his calls.

As I visited with Ted on the phone, I had this gut feeling that I needed to make room for him on my staff.

I conducted an interview with him over the phone. His response was “No Sir” to almost all of my questions.

Ted did not have any personal computer experience; hadn’t even heard of a network… you get the picture. But I just could not let it go. Something was telling me to keep searching under every rock and find that potential diamond in the rough.

I asked Ted to describe what he did at the Police Department. He shared in detail that he was the lead dispatcher.

He went on to share that as calls came in (over 100 calls a day), he was the one who had to listen to each caller and then respond with the right emergency response to aid the caller.

He shared that these calls included, cats in trees, shootings, people in accidents, parents whose kids were missing and so forth and so on.

As Ted continued to share I knew that was a skill that none of my people had mastered; the ability to know what a real emergency was and what was just a demanding plea of an upset PC user.

I went with my gut and hired Ted. I figured I would have my “crack staff” teach him about personal computers and all the ends and outs.

To this day I have had a lot of employees, but none with the drive and savvy as this young man. He rose from the bottom of the barrel to one
of the best agents I ever had. He quickly closed his knowledge gap of personal computers.

Those unique skills of calm under pressure and knowing important from urgent enabled our Service Desk to move to the next level and beyond. Ted taught us all a set of skills that paid off in dividends.

I am sure glad I went with my gut instead of the normal procedure!

Through the magic of social media I ran into Ted the other day. As we chatted he shared this message with me as we closed. Read it and you tell me if it is worth listening and going with your gut?

“You did a huge favor for me Mark, which I try to pay forward every day.”

Ted is currently in London at the Paralympics serving as the “Emergency Coordinator and Executive Protection” representing one of the top energy companies in the world.

I’d say that “rock” was indeed a diamond! All it needed was a little polish and wow did it SHINE!

Do you ever go with your gut when you hire? Has it worked for you? What kinds of diamonds have you found in the rough? Please comment below.

Next post: Performance Problems Should Be Solved By The Team, Not You…