Do you or someone you know gossip at work? Very Practical Story 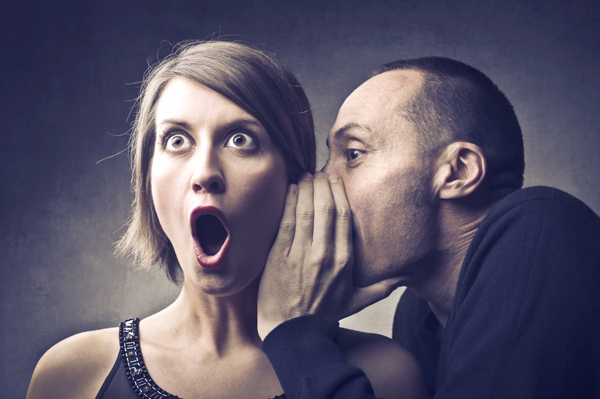 Is gossip at work a problem? Try this…

Gossip at work and evil speaking of others is not only unfair, but a poison that teams and organizations can’t afford to swallow and forget about.

We would all be wise to stop the spreading of gossip, rumors and evil speaking of others dead in its tracks. Here is a great story I heard the other day. It is called the “Triple Filter Test” and has been accredited to the great philosopher Socrates.

One day, a student approached the great philosopher. He said, “Socrates, I have just heard some news about one of your friends.” he exclaimed excitedly.

Socrates said, “Before you tell me this news, we need to make sure that it passes the triple filter test.”

“The first test is that of truth. Tell me, do you know that what you’re going to tell me is absolutely true?” Socrates asked.

The man thought for a time and said, “I heard this news from someone else, so I’m not 100% sure if it’s true.”

“The second test is that of goodness,” Socrates continued, “Is what you’re about to tell me something good?”

“No, actually it’s the opposite…”

Socrates interrupted the man, “So what you’re going to tell me is neither true, nor good?”

The man was slightly embarrassed at this point and shrugged his shoulders.

Socrates continued, “There is one final test which is usefulness. Is what you’re about to tell me going to be useful?”

“Probably not,” the man replied.

“Well, if you’re going to tell me something that’s not true, good or useful, then why tell me at all?” responded the philosopher.

Wouldn’t it be wonderful if each of us applied the “Triple Filter Test” in all of our conversations? I have a feeling that gossip at work and in other places would quickly disappear if we did.

Are you a peacemaker or troublemaker? What would this test mean to you and your organization if applied?

Other posts related to gossip and evil speaking of others:

Judging Others Can Make You Look Stupid! Powerful Video

Next post: There has to be a Method to the Madness when hiring?

Previous post: Do You Know How To Be More Liked? 3 Tips That Work!