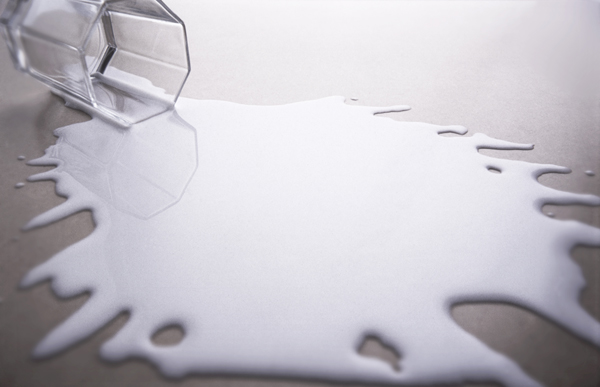 One important leadership skill is the ability to effectively teach, paired with a generous amount of patience. I love the following story and the powerful leadership lessons it contains for all of us.

A famous research scientist was once interviewed by a newspaper reporter. He was asked why he thought he was able to be so much more creative than the average person, and what really set him apart from others.

He responded by saying that in his opinion it came from an experience he had with his mother when he was two years old.

He had been trying to remove a bottle of milk from the refrigerator when he lost his grip of the slippery bottle and it fell and spilled all over the kitchen floor creating a messy sea of milk.

When his mother came into the kitchen, she didn’t scold him, give him a lecture or punish him. Instead she said, “Robert, what a great and wonderful mess you have made! I have rarely seen such a huge puddle of milk. Well, the damage has already been done. Would you like to get down and play in the milk for a few minutes before we clean it up?”

So he did. After a few minutes, his mother said, ““You know, Robert, whenever you make a mess like this, eventually you have to clean it up and restore everything to its proper order. So, how would you like to do that? We could use a sponge, a towel, or a mop. Which do you prefer?”

Robert chose the sponge and they cleaned up the mess together.

His mother then said, “You know, what we have here is a failed experiment in how to effectively carry a big milk bottle with two tiny hands. Let’s go out in the back yard and fill the bottle with water and see if you can discover a way to carry it without dropping it.”

By grasping the bottle with both hands at the top near the lid, the little boy learned that he could carry it without dropping it. That was a great lesson!

The renowned scientist said from that point forward he was never afraid to make a mistake. He learned instead that mistakes were opportunities to learn something new, which of course is what scientific experimenting is all about.

What an important lesson for this young boy. And what a great mom who had the patience and the leadership skill to recognize a teaching opportunity.

I don’t know who said it, but I love the following quote:

“Imperfections are important. Just as mistakes are. You only get to be good by learning from mistakes & you get to be real by being imperfect.”

How do you handle mistakes by those you lead? Why fuss over spilled milk when you can teach instead? Agree? Are there other leadership lessons from this story?

5 Ways to Deal with employee Mistakes

Next post: 5 Practical Suggestions for Being More Kind as a Leader

Previous post: There has to be a Method to the Madness when hiring?