Why You Must Call “Time-out” and Celebrate – Leadership Story 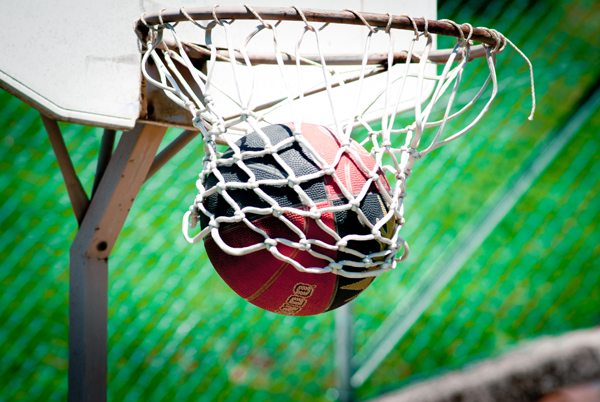 My phone rang and it was a call from the Parks and Recreation Department asking me to coach a fifth grade girls’ basketball team. After some discussion and inquiry, I found out it was a “left over” group of six girls from several schools who already had their “Team” formed.

Anyone who has coached knows that it takes at least five decent players, plus a couple of “stars” to win some games. The Parks and Rec leader told me that with this team the season would be a long one and not to feel bad if we did not win any games. Just make sure they all got to play in each game he said!

I talked them into allowing me to recruit at least one more player. With her acceptance I started the season with seven players. Two of the seven had actually played before; four knew what a basketball was; and the other one had parents that made her go out to expand her experiences (for lack of a better name, I will refer to her as “Bookworm”).

We began practice at a local gym a couple of times a week. Starting with the basics and working up to a very simple defense and offense. We even learned an in-bounds play!

As we practiced I could tell that our Bookworm was having a very difficult time. Her basketball skills were “primitive” at best. Bless her heart, she couldn’t even push the ball up high enough from any point on the floor to hit the net, let alone go into the goal. Her mother actually came up to me in private and asked what she could do to help her outside of practice. I gave her some very simple drills to try; thinking that at least they could keep her from getting hurt on the court when she did get into play.

Well, the first game came. By some miracle we actually won by a couple of points. We went on to win 4 in a row! Each of those games I had been crafty in my use of our Bookworm. I tried to hide her from a lot of interaction to keep potential embarrassment on her part to a minimum.

I knew that there would be a game where Bookworm would actually get her hands on a ball. And if she touched the ball a foul would likely be called. And then Bookworm would go to the line and be embarrassed since she couldn’t even lift the ball higher than 4 feet. I could not let that happen.

So, we focused on just having her shoot free throws – practice after practice. I finally figured out that having her shoot “granny style” (under as opposed to over) might be the only way to lift the ball high enough to at least get it close to the rim.

The game finally came where Bookworm got a rebound. You guessed it! She was fouled. The referee signaled 2 shots and showed her where the shooting line for her to stand was.  Her little legs were shaking, head was down, she was scared to death and her hands were trembling. I called time-out.

As she stood there in the huddle I clutched her hands to keep them from trembling and expressed my belief that she was going to do just great. I reminded her of her many hours of practice and reviewed with her how we taught her to shoot “granny style.” The huddle broke and she went back to the line. It appeared she was a bit better, but definitely not with the swagger of a person who knows they will make the shot.

I learned that day that there is at least one thing that even God cannot do. I prayed as she set up and launched her shot, “God let it please hit the rim”! The ball rose up and up and to my surprise even past the height of the net. Then a miracle occurred. The ball went right through the rim – “nothing but the bottom of the net.” Swish!

She was shocked! The crowd went crazy! I stood there in disbelief. I called time-out again! Why? So we could celebrate and enjoy the moment. All season we had worked and it might not ever happen again.

She then went back to the line for her second shot. This time not dragging her feet or her head down, but with a swagger I’ve never seen from her. She took the ball, went through the same routine and she ripped the ball through the hoop a second time!

I called time-out again! Why? So we could celebrate and enjoy the moment. All season we had worked and it might not ever happen again.

Those were the only two points Bookworm made that year. We actually went 8 wins and 1 loss. Notice the only player I shared with you was our “worst” player. Or was she?

I learned that season that calling time-out to celebrate and affirm was the most powerful act a coach or manager could do for his team and players. Allow them time to relish in the moment and affirm their success!

Bookworm is now older and has her own kids. Guess what! They are playing basketball because of what their Mom had learned. Celebrate! The Best is Yet to Come!

Next post: Ever Heard of the “24 Hour Rule?” 3 Anger Management Tips

Previous post: One of the Most Inspirational Videos I Have Ever Seen – Youth Leading