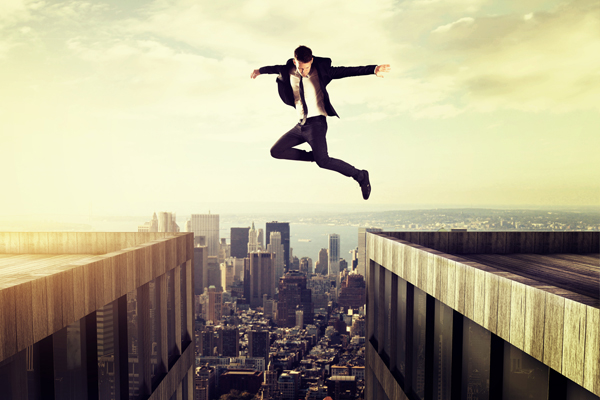 Personally I am afraid of a lot of things including conflict. I don’t like it, I haven’t ever liked it, and I don’t think I will ever like it.

Whether it’s discussing with an employee poor performance, approaching a parent of one my child’s friends about a concern, or even calling an insurance company to dispute a claim, I just don’t like conflict, or even the possibility of it. I often get a pit in my stomach just thinking about it.

However, there isn’t a fear, including conflict, that I wouldn’t face head on if it’s the right thing to do. Being courageous doesn’t mean you aren’t afraid; it just means you care more about something else than what you fear. And the great leaders care a lot!

Here are three simple tips for having more courage. They are easier said than done, but each one is critical to greater bravery, guts and valor.

1. Do It! Probably not the most creative and cutting edge advice you have ever received. But you can’t ever conquer a fear if you don’t face it. The more fears we face, the easier it becomes. That doesn’t mean it won’t be hard, but it can be easier.

An added benefit to facing the fear is a nice rush of endorphins. It feels good to face the fear and not run away. Running away and avoiding the fear only lowers your confidence and creates regret, not to mention the consequences that are sure to follow later.

Brian Tracy, in his book (and one of my favorite books of all time) “Eat That Frog!: 21 Great Ways to Stop Procrastinating and Get More Done in Less Time” quoting Mark Twain said that we should eat a live frog every morning, and if we do nothing worse will happen to us the rest of the day. The frog is the biggest, most important and ugliest task you have that day. It’s the task you are putting off.

Facing our fears, is that big ugly frog. Once eaten, it will provide lots of energy the rest of the day! And after we eat the first, second and third frog, as mentioned earlier it becomes easier the next time – that’s a bonus!

2. Care. One of the single most important ways for us to face fears and have more courage is to care. The greatest leaders in history have cared. They care immensely for those they lead. See “5 Important Tips – How to Care More as a Leader,” for ways to care more.

The more you care, the easier it is to show courage. Two great stories that demonstrate this are Leaders Care I and Leaders Care II. Click on each of these links to view these powerful stories.

In almost all cases you will find that the consequences are greater if you don’t muster up the courage and face the fear.

Question: What other tips do you have for facing fears? What are the consequences for leaders who don’t face their fears?

Next post: Think You’re Under Pressure? Watch This! 3 Tips

Previous post: Learn to Celebrate the Successes of Others