Are You a Leader? Avoid This! It is a Huge Trust Diminisher 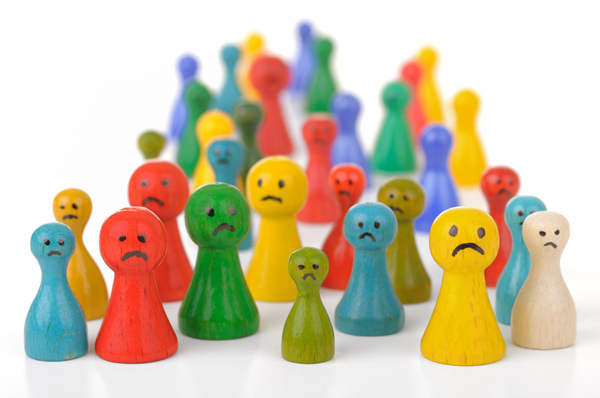 There are many do’s and don’ts of effective leaders. One of the most important skills a leader can learn is how to build and increase trust. Through leadership training, books, videos and blogs there is a lot of information out there on how to effectively build trust with those you lead. My own personal favorite and one I highly recommend is “The Speed of Trust,” by Stephen M.R. Covey.

Many of the leadership skills we read about or attend training seminars on are common sense. But for one reason or another some leaders never learn them. However there is one piece of common sense that leaders better get, and it still surprises me every time I see a leader do it. It is sarcasm.

Sarcasm is really just criticism purposefully packaged  to be less aggressive and “funny,” but to still make a point that  “I don’t approve, your behavior really annoys the heck out of me, or your idea is crazy.” We all see it, and we may even laugh at it from time to time, but its damage is far-reaching and more potent than we often realize.

Can you guess what happened? Eventually this team member spoke up less and less in meetings and became passive. The sarcasm felt like he was being talked down to and belittled. Eventually the team became passive as well because the trust for this leader diminished significantly. A passive team is not a team at all, but instead a group of nodding heads that the leader believes agrees with his or her direction, but in reality they just don’t care.

Is it any surprise that this leader created such a lack of trust just by how he treated one member of the team? Sarcasm is not a sound leadership skill. It ultimately creates a lack of respect towards that leader by team members. And while the one using it may think it is more funny than harmful, they are completely underestimating its damaging effects.

The word sarcasm originally comes from the Greek meaning, “to tear the flesh, to speak bitterly.” So next time you have the urge to respond with a sarcastic remark towards someone in a meeting or one to one – it would be wise to stop.

Question: Have you ever seen sarcasm hurt a team? Has sarcasm ever affected you personally?

Next post: My 3 Favorite, Funniest & Most Popular Communication Videos This Year!