Teamwork Game and Activity to Share – The Secret to Teamwork! 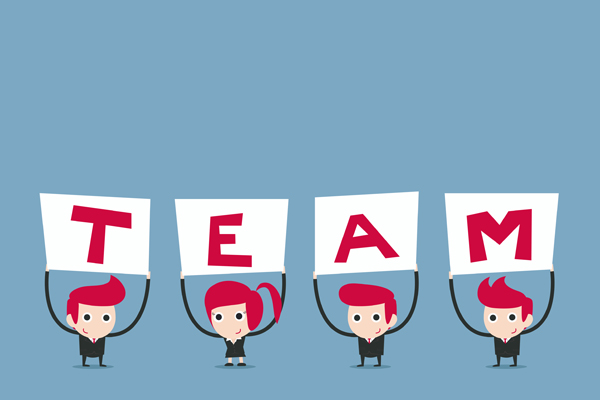 The past week I have been in the thick of conducting Leadership and Teamwork workshops with several organizations. One of the team building activities that I have used almost extensively in all of my efforts is called the “Tennis Ball” game.  I picked this up years ago, but it appears to be hitting the mark again, so I brought it back out of my bag of teamwork exercises.

2. Give each group a tennis ball and ask them to develop a process by which the ball is passed from one person to another until it has been passed to all of their group members.

Seems simple enough doesn’t it?  The only stipulation is that the ball must touch each persons hands in the entire group (i.e. together/separately – does not matter) in order to comply with the rules of the game.

Have the groups work separately. You will then begin to see the teams working through their ideas and finally into a working process.

Most will try all kinds of setups, but usually at the beginning of the drill they are standing in somewhat of a line passing the ball from one hand to another until all members have completed their part.

3. Once complete, quiz them by asking if they believe their process is the best? They always say “YES”! Ask them how they know that?

Assign a person to time their process. This introduces the element of metrics and adds a whole new realm to the game. Encourage them to “try harder” and to do it again, but this time faster and record their times on a flip chart to keep a visual of their progress.

They will soon feel good about their progress and declare that they have whipped the game. At that point, share with them that you know of other organizations who are faster and more efficient. They will usually react with “No way!” Explain to them that they need to revise/refine their process even more. This seems to stump them at first, but eventually the “magic” of teamwork begins.

You will see the teams all start moving closer and closer together in a circle and close the distance of the ball being passed. Eventually they will come up with a “funnel” like step with their hands, with one person dropping the ball at the top and one catching it at the bottom. As the ball is dropped, all hands touch the ball. The timing is literally a few seconds in length.

Nothing can happen until we unfold our arms, step into the circle of action, and actively contribute our talents and skills openly with our teammates. No one ever won a game sitting in the stands!