10 Things Great Leaders Never Say… Are You Using Any of Them? 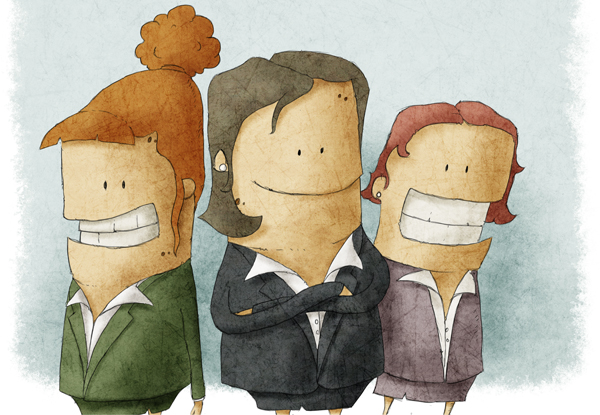 Leaders say a lot of stuff.  Good leaders carefully avoid saying any of the ten below. Which of the 10 are you guilty of, if any?

Great Leaders have to sound confident. “I believe” is a much better choice of words than “I think.” I believe sounds convincing, I think sounds weak.

“I’ll try to most people sounds like… I probably won’t. Instead, use the words, “I will.” How do you feel when you have asked someone to get something critical done by tomorrow and the reply you get is…”I’ll try.”

This is a common mistake leaders make. What you are saying to those you lead is, only come to me with things I want to hear. As a result people will naturally sweep time bombs under the rug. Good leaders want people to come to them as soon as there is any hint of an issue.

“You’re just lucky to have a job.”

I remember during the pinnacle of the US recession, I had been working with a rather crass senior leader. I had expressed to him the need for really listening to his employee. His reply was, “they are just lucky to have a job.” As soon as the economy strengthened people quickly and luckily found other jobs.

Being the boss today looks different than it has in the past. It requires collaboration, relationship building and respect. Stating “I’m the boss” is the antithesis of each of these three. Margaret Thatcher once said, “Power is like being a lady. If you have to tell people you are, you aren’t.”

Great leaders understand accountability. If you’re the leader, it is almost always your fault.

“Failure is not an option”

Failing is not the enemy to success, most of the time it’s an integral part of success. To tell those you lead that failure is not an option will limit creativity, risk taking and create fear. Instead, send the message that it is okay to fail as long as you are failing forward. And that stumbling blocks can become building blocks.

“I had great results this quarter.”

Some who lead love to toot their own horn. But the greatest leaders recognize that they aren’t successful unless the team and/or organization is successful. It’s not “I,” but “We,” always.

If everyone is like you, then boring is what you will be. We don’t need more people like us as leaders, we need people who look, think and act differently than us. Team and organizational diversity creates more creativity and better solutions to problems.

A leader should never, never, never talk negatively about their job, boss or co-worker to those they lead. Speaking ill of others diminishes trust quickly. The foundation for your success as a leader is built on trust.