Teamwork and Collaboration – A Powerful Metaphor and Story to Share 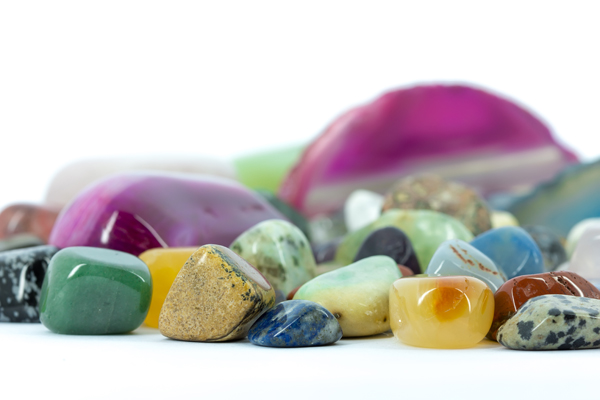 Teamwork in the workplace can be difficult. Teams at work often consist of a variety of conflicting personalities and styles. Getting to a point in which a team can collaborate and work in harmony can be a difficult task for a leader and takes time.

I love the following metaphor on teamwork from Steve Jobs I recently found.

He tells the story of a widowed man he had gotten to know in his eighties who lived up the street from him when he was a young boy.

One day the older man said to him, “come on into my garage, I want to show you something.” He pulled out a dusty and old rock tumbler that consisted of a motor and a coffee can with a little band between them, Jobs recollected.

He then invited him to the backyard where they collected some very regular and old ugly rocks. They put them in a can with a little bit of liquid and some grit powder. The old man then closed the can, turned the motor on and said, “come back tomorrow.”

Jobs remembered the can making a big racket as the stones went around in the can.

He came back the next day and when they opened the can and took out the rocks they were amazingly beautiful and polished. He states, “The same common stones that had gone in, through rubbing against each other like this (clapping his hands), creating a little bit of friction, creating a little bit of noise, had come out these beautiful polished rocks.” Teams, he states, are like these stones.

Individually we can be fairly normal, ordinary and even a bit rough. But through the process of teamwork we can end up in a very different state.

Jobs states that teams consisting of incredibly talented people who are passionate and are working hard towards something often times bump up against each other, argue, sometimes fight and make some noise. By working together they polish one another and their ideas and in the process create beautiful stones.

I love this metaphor. Have you built up enough trust on your teams to allow bumping up against one another and passionately arguing on occasion?

Passive, “follow the leader” types of teams are destined to fail. Each member of a team brings something unique. They are unique in their gifts, ideas and arguments. Team members must feel like they can express themselves without embarrassment or retribution.

Are you looking for more stories to share with your teams? See Teamwork Stories

Next post: Powerful Team Story (Video) – Does Your Team Embrace Its Diversity?

Previous post: What Pack Animals Can Teach You About Leadership