Teamwork Story – Do You Feel The Strength of Your Team? 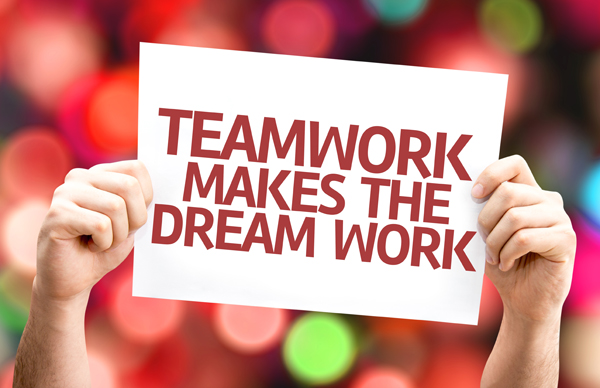 I just heard the following wonderful story on teamwork from the play, “Some Folks Feel the Rain; Others Just Get Wet.”

Once there was man who was lost while driving through the country. As he tried to read a map while driving, he accidentally drove off the road into a deep muddy ditch. Though not injured, his car was stuck. So the man walked to a nearby farm.

There he saw an old farmer and asked for help. The farmer replied, “Warwick can get you out of that ditch,” pointing to an old mule standing in a field. The man looked at the old run-down mule and then looked at the farmer who just stood there repeating, “Yep, old Warwick can do the job.”

The man figured he had nothing to lose. The two men and Warwick made their way back to the ditch. The farmer hitched the mule to the car. With a snap of the reigns he shouted, “Pull, Fred! Pull, Jack! Pull, Ted! Pull, Warwick!” And the mule pulled the car from the ditch with very little effort.

The man was amazed. He thanked the farmer, patted the mule and asked, “Why did you call out all those other names before you called Warwick?”

The farmer grinned and said, “Old Warwick is just about blind. As long as he believes he is part of a team, he doesn’t mind pulling.”

Aren’t you grateful for teams! We can do so much more together than we can ever do alone.

Next post: Is Workplace Gossip Bad? I Hate It – But Not Always….

Previous post: Leaders – Should You Admit a Mistake? 3 Reasons I Would… (+Video)