6 Goal-setting Mistakes That Could be Wasting Your Time – Warning 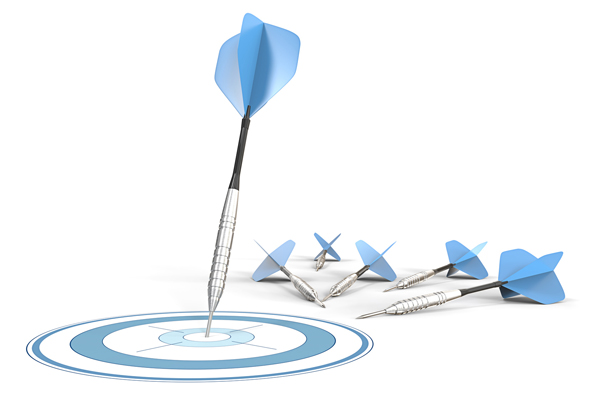 The ability to set realistic goals and achieve them is one of the fundamental aspects of being an effective leader. However, when managing a team it can be difficult to strike the balance between expecting too little and too much. When targets aren’t met, this can create a serious blow to your team’s morale, so avoid these common mistakes to ensure that your goals are achievable without setting the bar too low.

As a team leader, it’s natural that you want to aim high. No risk, no reward, right? But some goals are simply unachievable with the resources you have at hand. Don’t put your team through the ringer trying to grown sales tenfold in the space of a month during a recession, or you’ll just undermine morale. It’s better to set smaller, more frequent goals and prioritize tasks to get to the big ones in the end.

Breaking a larger task down into smaller goals can get the momentum going. The feeling that you’re making progress can be a great motivator for your team, so don’t feel like your initial goals are set in stone. Update and tweak them along the way to make sure that you continue this forward momentum. A good leader is flexible, and can guide the team towards success with a bit of adjustment as needed.

Along the same lines as staying realistic, it’s a good idea to take your individual team members’ strengths and weaknesses into account. You’ve hired these people for a reason, so keep their talents in mind as you create goals and tasks that you know they will excel at. It’s fine to push team members a bit out of their comfort zone, but don’t expect a right-brained graphic artist to suddenly be able to balance the company budget.

If you aim high, it’s inevitable that at some point you’ll probably fail to achieve your goal. This is a natural part of the business process, and can help you learn and grow as a team – if you let it. Rather than feeling low, take the time after a setback to sit down as a team and work through what you could have done better, forming a new and improved strategy for next time.

If you have any experience with project management, you probably already know that surprises tend to crop up. Plan ahead for these by expanding your goal’s time-frame if possible. Otherwise, it can be discouraging if it seems to be taking far longer than anticipated to meet your goals, making it tempting to just give up.

Although it’s a good idea to adjust goals and avoid setting overly specific targets that are hard to meet, at the same time you want to be specific enough to avoid confusion. Simply saying “we need to improve sales this quarter” isn’t enough. Create a measurable target and set consequences for not meeting it. This allows every team member to verify and measure his or her efforts. Numbers don’t lie.

Ineffective goal setting can cause an organization to unravel quickly, so it’s vital to avoid these typical mistakes. Create basic, achievable, and quantifiable goals that your team will be excited to tackle, and you’ll set your company up for even greater success in the future.

Next post: Top 5 Benefits of Arriving Early – Try It Today!

Previous post: Can Leaders Really Be All That Happy? Powerful Leadership Story