There is an “I” in Teamwork! Do Your Teams Get It? 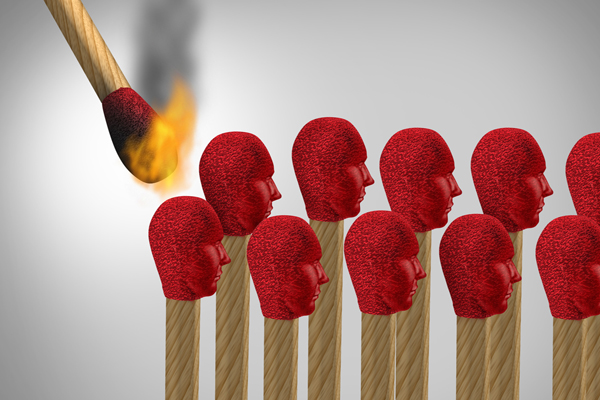 Did you know there really is an “I” in teamwork?

My son is an assistant coach of a college women’s basketball team. We (my wife and I) try to attend as many games as possible to support him. It hit me this weekend what Michael Jordan’s quote meant when he shared, “There is no ‘I’ in team, but there is in win.”

Maybe some were jumping to conclusions thinking the “I” in team was referring to “me,” or at least some word indicating selfishness. But after observing several come from behind “wins” on my sons team I think I may have found the meaning of “I.” It might be for “ignite.”  A number of synonyms shed additional light: “arouse, kindle, trigger, spark, instigate, excite, stimulate, rally, jump-start, incite, fuel.”

Each time the team rallied for the big run to victory, it began with a gusty play, extra effort – a steal or two, high fives to fellow teammates and even enthusiastic cheering from the bench players. It only took one player to reach down inside and discover what Stephen Covey called, “having a bigger ‘yes’ burning inside.”

The choice of one player having a “bigger burning inside” resulted in igniting an internal spark of will to do the extra despite a tired body and an exhausted mental state.  As soon as the spark translated into action it was as if a magical dust fell on the rest of the team. They sensed the energy push and it was contagious.

The impossible was now possible. What was once a tired body was forgotten in a flash. Hope abounded once again. Thus, an individual choice “ignited” passion for the whole group to work together to succeed and move to victory.

We have all observed coaches and bosses barking out encouragement or directions. However, it only lasts a little while and then fizzles out. But if an individual will reach inside and “ignite” themselves, then the energy that is radiated becomes contagious to fellow teammates and workers.

What would happen if each of us brought our “spark” to the table, a game, or the workplace?  It only takes one spark to start a fire. If just one serves as the “igniter,” think of what that can do to the team!

Next post: Leaders Significantly Improve Leadership by Asking This One Question

Previous post: This Will Change The Way You Look at Teamwork Forever! Amazing Video