Are You Hiring These People on Your Team? You Can’t Afford Not To! 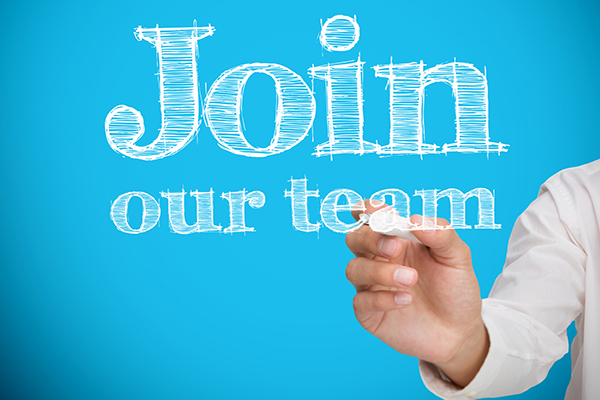 The antithesis of teamwork is a group of individuals who don’t get along, people who are only in it for their own gain, and those that simply don’t care much about the success of the team or for their teammates.

So who must you hire on your team? Hire people who care. Hire people who will put their own aspirations, egos and differences aside for what is best for the good of the team. Hire team members who will stand by each other when the darkest clouds of adversity gather.

This doesn’t mean you simply hire the nicest of nice who say they care in the interview – it’s more than that. Nice is great, but more importantly you need people who care enough and are courageous enough to always do the right thing for the team.

How do you find these people? You ask the right questions.

Here are four things you should look for in every potential team member and ask in every interview.

1. Is the potential team member Service Minded? Are those you interview looking for ways to make others lives better? If they are, there is a good chance they will work towards making each member of the team’s lives better as well.

Questions can include: Give me two examples of ways you went out of your way to serve a teammate. What kinds of volunteer work are you currently involved in? What volunteer work have you done in the past that made a difference in the lives of others?

2. Is the potential team member Relationship Focused. Just because you have a relationship outside of work doesn’t mean you are relationship focused. In the context of teams it is about focusing on the satisfaction, motivation and well-being of team members.

Being relationship focused is about teammates doing everything they can to build and maintain positive relationships on the team.

Questions can include: Tell me about a time in which a relationship with a member of your team was strained. How did you approach it? What was the outcome? What are ways in which you build relationships on teams you have been on?

3. Is the potential team member Leadership Driven. The best team is one where each team member strives to lead by raising the bar of excellence and showing the way for others to do the same. Like a ladder, when one member of the team steps on a new rung, she grabs a hold of the hand of another and helps him up as well. There is no ego or selfish aspirations, it is about helping the team get better.

Questions can include: What does it mean to be a leader as a member of a team? Give me a few examples in which you stepped up as a leader on a team even though you technically weren’t the leader.

4. Is the potential team member Living Courageously. This doesn’t mean jumping out of planes or climbing Mount Everest every few years. This is more about doing the right thing because it’s the right thing even though it might have negative consequences personally.

It means, for example, providing difficult feedback to a teammate because they care and know in the long run it will be the best thing for that person and ultimately the team. It’s about asking the difficult questions in a meeting (not because the teammate is mean, but because he cares) that no one else is willing to ask because it might possibly offend.

Questions can include: Tell me about a time in which you gave difficult feedback to a teammate. What was the result? Why did you give it? How did you feel giving it? What would you do if another member of the team was hurting the performance of the team? How would you approach it?

The best place to start with teamwork is to start by hiring the best team members. I would love to hear your approach to getting the best. Please comment here.

Next post: Leaders Must Stop Rumors in the Workplace – 4 Tips Worth Reading