Become a Better Leader Through This Powerful & Inspiring Story on Trust 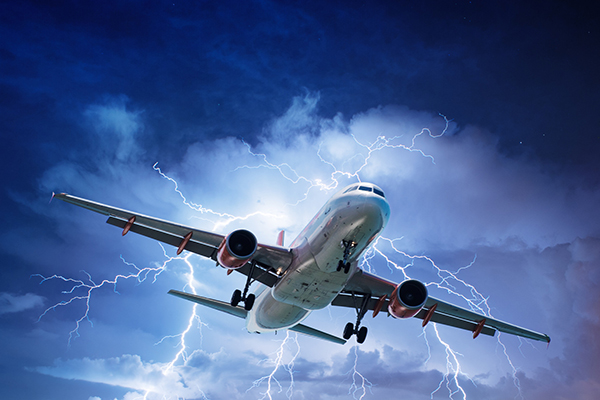 Building trust as a leader is foundational to your leadership. You can have a super solid strategic plan, a clear vision and strong communication skills, but if your team doesn’t trust you, no matter how hard you try, you won’t get the types of results that trusting leaders get.

Trusting leaders get higher productivity, team morale, loyalty, retention, creativity and a bunch of other benefits.

Trust is so foundational to a leader that it impacts a companies results more than any other single thing. When employees trust a leader, they completely buy into that leaders direction. When there is a lack of trust for a leader, employees will question every decision that leader makes and will most likely only perform if there is some kind of value to them in return.

The following powerful story has strong application to leaders around trust and an inspiring message.

Once there was a businessman who was on a long flight when the first warning that something was wrong came over the PA system. The pilot asked everyone to take their seats and fasten their seat belts.

After a while another announcement came over the PA. The pilot calmly told the passengers that they would not be offering beverage service due to unexpected turbulence on its way.

As the businessman looked around the aircraft he noticed some of the passengers becoming a little worried. Later, the pilot announced that in addition to no beverage service, there would be no meal service due to the expected turbulence.

The plane came upon the storm shortly after this last announcement. Thunder could be heard all around the aircraft and lightening could be seen lighting up the dark sky. Within a matter of minutes the plane was being tossed around like a small toy with passengers becoming more and more fearfully alarmed by every big bump. One moment the plane was lifted and the next it was dropped as if it was crashing.

The businessman was also becoming somewhat anxious and as he looked around the plane nearly all the passengers were upset and alarmed. Some were praying. The future seemed ominous and many were wondering if they would make it through the storm.

Then suddenly he saw a little girl out of the corner of his eye. Apparently, the storm meant nothing to her. She had tucked her feet beneath her as she sat on her seat; she was reading a book and everything within her small world was calm and orderly. Sometimes she closed her eyes, then she would read again; then she would straighten her legs, but worry and fear were not in her world. When the plane was being buffeted by the terrible storm, when it lurched this way and that, as it rose and fell with frightening severity, when all the adults were scared half to death, the little girl was completely composed and unafraid. The businessman was completely amazed!

When the plane landed passengers hurried to get their stuff and get off. However, this little girl sat and calmly waited for everyone to exit the plane. The businessman decided to wait as well so he could talk to this little girl.

After having commented about the storm and the behavior of the plane, he asked why she hadn’t been afraid.

The little girl replied, “Sir, my Dad is the pilot, and he is taking me home.”

Does your team trust that you are taking them home? When the clouds begin to form, the turbulence begins to shake things up and the storms worsen, does your team know you will carefully guide them and take them to a good place?

If they trust you, yes. If they don’t, then probably not. What are you doing to build trust with those you lead? What type of pilot/leader are you becoming?

Your team is depending on you.

Next post: How To Be More Liked—5 Effective & Simple Tips For Leaders & Teammates

Previous post: Why Your Personal Development May Suck & Hilarious Video You Won’t Forget