Overwhelmed? Something Big I Recently Learned About Prioritizing 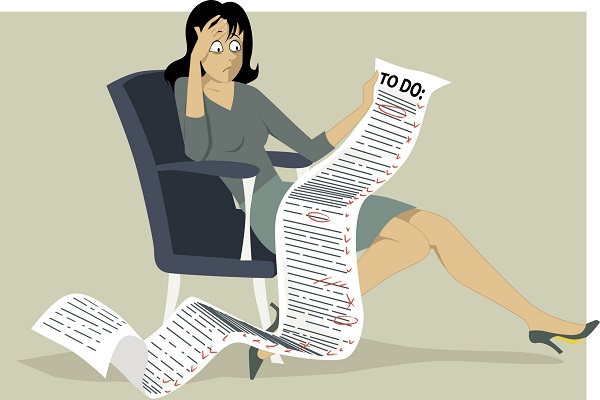 As I was preparing for a recent vacation I had a choice to make. I was going to have a lot of time to read and relax, what should I bring to read? For some, that may not be too difficult of a choice. And in the past it wasn’t a difficult choice for me either.

In the past when I would prepare for a trip I would bring a lot to read. Sometimes I would bring 5-8 books of my “must read books” to devour over a five day period. Now, before you start thinking, that guy has some major reading skills, it’s not like that at all. In fact, most of the time I would read very little.

My intentions were good, I wanted to read it all, but there were too many choices. I would often read a little bit in one book and then a little in another. But without focusing on one book, I couldn’t ever finish any of them.

However, when I would only bring one or two books, everything begin to change. I found myself reading a lot more and actually finishing what I was reading.

Are you feeling overwhelmed? Most have heard the answer to the question, How do you eat an elephant? One bite at a time. But what happens with many of us is we don’t have a problem eating the elephant one bite at a time, the problem is we are eating one bite here and another bite over there. Eating in this manner just leaves a big ugly mess!

The key is to focus. When we think about doing the most important thing, we usually talk about priorities. But priorities is not the right term to use because of its plural meaning. Let me explain…

I was recently reading the #1 best selling book The ONE Thing: The Surprisingly Simple Truth Behind Extraordinary Results by Gary Keller and Jay Papasan. They state the following:

To be precise, the word is priority—not priorities—and it originated in the 14th century from the Latin prior, meaning “first.” If something mattered the most it was a “priority.” Curiously, priority remained unpluralized until around the 20th century, when the world apparently demoted it to mean generally “something that matters” and the plural “priorities” appeared. With the loss of its initial intent, a wide variety of sayings like “most pressing matter,” “prime concern,” and “on the front burner” pitched in to recapture the essence of the original. Today, we elevate priority to its former meaning by adding “highest,” “top,” “first,” “main,” and “most important” in front of it. It would seem priority has traveled an interesting road.

So instead, focus on the one most important thing, the priority. Then move to the next. Don’t get caught up in the priority flavor of the day—chasing whatever taste the best, is the most fun, or is the least painful and then finding that in reality very few of those flavors were actually priorities. Instead, chase the priority that provides the greatest value.

When we focus, we get results. We start to find ourselves less overwhelmed and much more productive and happier 🙂

Next post: Servant Teamwork is the Key to Successful Teamwork

Previous post: If Leaders Encourage This ONE THING They Can Be Wildly Successful