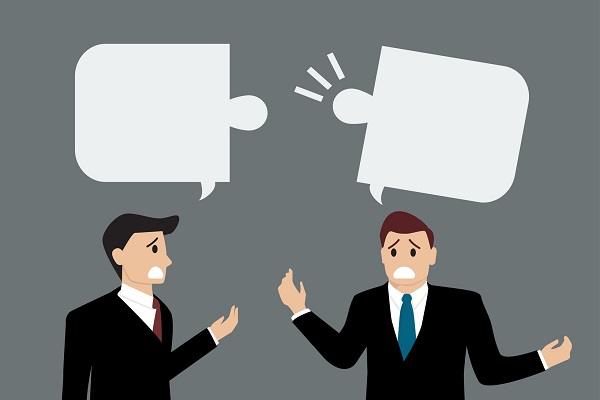 I did a workshop recently with a small firm of 36 employees. We talked about the need for teammates to be more selfless, trustworthy, humble, positive, respectful and great.

In preparing for the workshop I had heard that communication was an issue their teams were struggling with. This is not uncommon, many teams struggle with communication issues as well.

I have found that a lot of communication problems on teams could be solved if team members were more willing to be direct and honest in the way they communicate. Instead of waiting to talk about issues around the “water cooler,” it is much more effective to have those discussions in meetings where everyone is present and can discuss them.

Teammates have to be willing to bring up difficult issues, disagree and state their some times bold opinions. Neglecting to actively discuss the important issues is a recipe for bigger issues later on.

I asked the participants in this workshop the question, “Why do you think team members struggle with being bold, direct and honest with each other?”

I got a lot of the same responses I have gotten in other workshops I have done when I asked this question; such as people not wanting to offend others, the fear of embarrassing themselves, worried the team might see them as trouble makers etc.

The one thing they neglected to bring up however, which is at the root of all of the other reasons, is that THEY JUST DON’T CARE ENOUGH. They choose to avoid and ignore the most important issues instead of taking the potential risks in addressing them. It’s a selfish reason, but fortunately that is one of the things we work on during the workshop 🙂

Until teammates begin to care enough about each other to be bold, direct and honest, they will fall far short of their greatness. They will waste a lot of time not addressing the “elephants” in the room. They will play politics instead of seeking the truth. They will talk too much about idle things in idle settings and avoid having respectful conflict face to face about important things.

It’s not because teams don’t think they shouldn’t be talking about the important issues, they just feel they can’t. They are too afraid of conflict.

In a Ted talk by Margaret Heffernan titled Dare to Disagree, she talks about a surprising survey of European and American executives.

“Fully 85% of them acknowledged that they had issues or concerns at work, that they were afraid to raise, afraid of the conflict they would provoke, afraid to get embroiled in arguments they did not know how to manage, and felt they were bound to lose.

Eighty-five percent is a really big number. It means organizations … can’t think together. And it means that people, like many of us who have run organizations and gone out of our way to find the very best people we can, mostly fail to get the best out of them.” 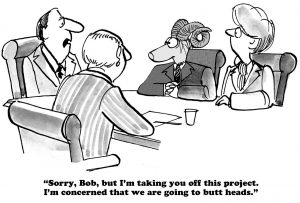 the meeting had? Or how many times do team members fail to challenge a leader’s idea because of fear, though everyone else in the room has the same concerns about the leader’s idea?

How do you get team members to care more? Stay tuned…

Is this a problem on the teams you lead? Give me a thumbs up or a comment below and let me know you are there teamwork and leadership community 🙂

Next post: Combat Negative Gossip on Teams with the Power of Positive Gossip

Previous post: How to React When Someone Is Unkind – Technique and Powerful Video