The #1 Way To Ostracize Yourself from Your Team – Personal Story 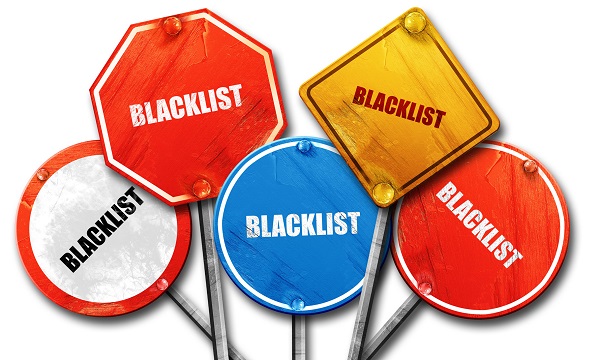 Beware of Blacklisting Yourself from Your Team

I once worked with a team not too many years ago which consisted of managers who led different teams and organizations across the company.

This particular team unfortunately became completely fed up with one of their teammates.

Meeting after meeting this teammates only concern was spotlighting herself, her organization and all of the wonderful things she had perceived she was doing.

She led by far the largest organization of all the managers on this team, and she let everyone know it.

She had many great ideas, but completely ignored the ideas of others. If they weren’t her ideas, they weren’t good.

This manager regularly talked bad about others behind their backs. This included talking bad about the leader of the team and often times his leader and other leaders.

She became a cancer to the team as a whole and a real positive energy vampire. She was the topic of many negative conversations among her teammates.

She cared more about herself than anyone else. It was all about her and it was only about a teammate, or anyone else for that matter, if she could get something for her.

This manager eventually completely ostracized herself from the team.

There were two words that summed her up – SELFISHNESS and PRIDE. She had many capabilities and talents, but what she couldn’t move past were her own needs for recognition.

Such leaders protect their own agenda at the expense of the overall organization. They are blind to feedback, help and collaboration. Their motives are never pure. They work in silos and quickly lose respect across the organization. As a result they fail to tap into people and processes that could take the teams they lead to bigger and greater places for the betterment of everybody.

This kind of leader might be amazing in other ways, but if they fail to selflessly work with others outside of their immediate span of control, they largely fail the bigger organization they were meant to improve.

In order for leaders to help take their teams and/organization to the land of greatness, they have to spend time building healthy relationships across the organization or company they belong to.

A key to building those types of relationships is to be aware of when your motives are not pure. Thinking like a servant is the first step and taking action like a servant is the second. It is good to serve the team(s) you lead, but service and putting others needs ahead of your own is just as important, if not more.

You won’t go very far in a bus you don’t know how to operate or one with flat tires and no one to help you get to where you ultimately need to go. If you do happen to get there, it will be many days past the time others were expecting you.

Next post: It Is About the Smallest Of Things – Leadership Story

Previous post: The Top Leaders Do This One Thing – Inspiring Leadership Video