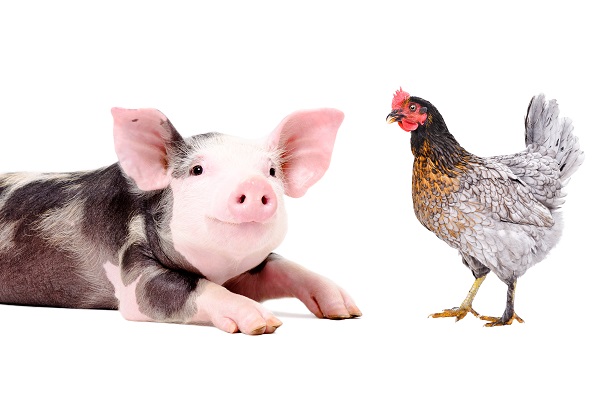 There is something big that leaders often get backwards with their teams as it relates to teamwork and many times they don’t ever get it right. But you must get it right if teamwork is important to you and your team.

The Pig and the Chicken – Teamwork Story

One sunny day a pig and a chicken were walking down a long road into town. As they were passing one of the local restaurants, the chicken turned to the pig and said, “I have an idea. How about we open up a restaurant?” The pig agreed that was a great idea!

“What will we serve at our restaurant?” the pig asked. “Ham and eggs of course!” said the chicken.

“Whoa, not so fast Mr. Chicken,” said the pig. “While you’re simply making a contribution, I’m making a real commitment!”

This story was taken from my new book “Do You Care to Lead?” (which is available for pre-order here) and highlights something significantly wrong on many teams – commitment. Commitment is not simply a contribution or two, but instead a deep dedicated loyalty to the team and its vision and goals.

I have worked with many leaders who believe teamwork should magically happen because after-all, a team is a team. However, once they realize that drama is becoming a problem on their teams, trust has beginning to erode, communication issues have began appearing and personal conflict is becoming common – they then heavily start preaching the need for teamwork.

But preaching doesn’t work, so those leaders bring in someone or take their team to do traditional team building. As a result, the team feels more connected for a week or two, but that quickly fades and the team is never able to live up to its full potential.

How to Get to Teamwork

What’s the problem? It’s all about the commitment. Like a marriage, if you have one person in that relationship who fails at some level to commit, that relationship is going to be dysfunctional. And, it won’t matter how much counseling or therapy that couple goes through, there will always be some level of dysfunction until both people in that marriage fully commit.

Teams are no different because fundamentally at their core they are about relationships. And this is where the problem is with most teams. Until team members are “in,” meaning committed to each other and what they are trying to do together, there is always going to be some level of dysfunction. Connection and conquering don’t happen unless there is commitment. I call it my three C’s of teamwork.

So, how do you get members of your team to commit? You have to create a culture of commitment. It has to be something that the team defines, expects, regularly talks about and shares when it is successful.

Strong commitment leads to stronger connections, which allows teams to ultimately conquer because of the power of teamwork created through commitment and connection. Commit, connect and conquer – that’s how teams become champions.

Do you want deeper levels of COMMITMENT and CONNECTION on your team(s)? Get Michael’s bestselling book (over 20,000 copies sold) “You Are the Team” today! A must have book for you, your team and entire organization if you are serious about commitment and connection. Click Here to get your copy.

Previous post: Leadership is Caring About the One – Great Story